When is a Georgia Divorce Final? 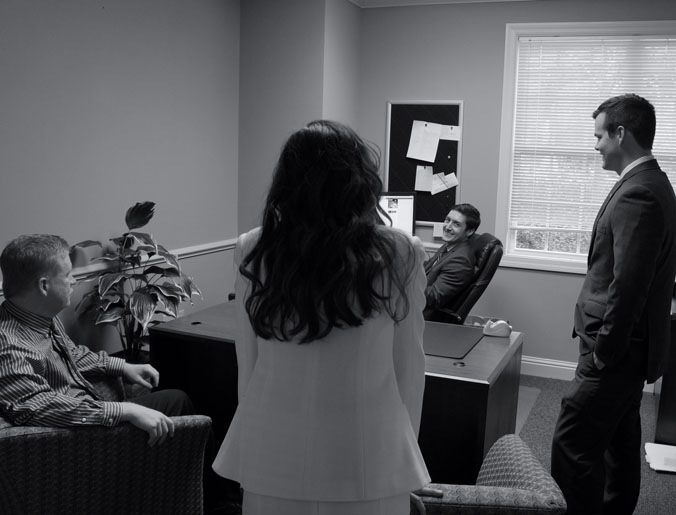 A careful review of the sample Final Judgment and Decree of Divorce language below can be very informative.  The sample below is one of the most simple forms used by the court.  However, this is the basic form that the court has to approve, sign and file for a divorce to be really finalized.

Upon consideration of this case and evidence submitted as provided by law, it is the judgment of the court that a total divorce be granted, that is to say a divorce a vinculo matrimonii, between the parties to the above-stated case upon legal principles.

It is considered, ordered, and decreed by the court that the marriage contract entered into between the parties to this case, from and after this date, be and is set aside and dissolved as fully and effectually as if no such contract had ever been made or entered into.

Petitioner and Respondent in the future shall be held and considered as separate and distinct persons altogether unconnected by any nuptial union or civil contract, whatsoever, and both shall have the right to remarry.

The Respondent/Petitioner is/are Ordered to attend the Families in Transition Seminar within 30 days of this Order or else be held in contempt.

However, a contested case could weave its way through the court system for months, and ins some cases even years. This is because contested cases usually involve multiple hearings, including temporary ones. They also involve a discovery period of up to six (6) months. Thus, the length of your case will depend on the nature of the case itself as well as the court system, the judge, and the volume of cases being handled at the same time as yours.

The Final Judgment and Decree of Divorce

Your divorce is final when a Divorce Settlement Agreement is signed by both parties and notarized, and the subsequent Final Judgment and Decree of Divorce is approved by the court, signed by a judge and filed. You most likely won’t know much ahead of time when this will be, so you shouldn’t schedule the closing of your home or engage in behavior that could hurt your case until it is legally closed. And you certainly would not want to get remarried or make firm commitments for scheduling a wedding, such as paying deposits for venues and buying tickets for a honeymoon.

In the context of a divorce case that may settle, it is important to remember that a settlement agreement must be reached before the divorce is granted.  So as long as you and your spouse are in disagreement, your case continues until it is settled or it goes to trial and the court makes all the final decisions.

Mediation Can Help Speed Up the Process

For people that want their divorce completed as soon as possible and cost is an issue, mediation is strongly encouraged.  Being civil and cooperative at the beginning of the process will usually save the parties time and money.  However, if the case cannot be settled, it is important to remember that that it will be difficult to predict when the case will be finalized, and the parties should not make time sensitive plans that are based on them being single by a specific date.