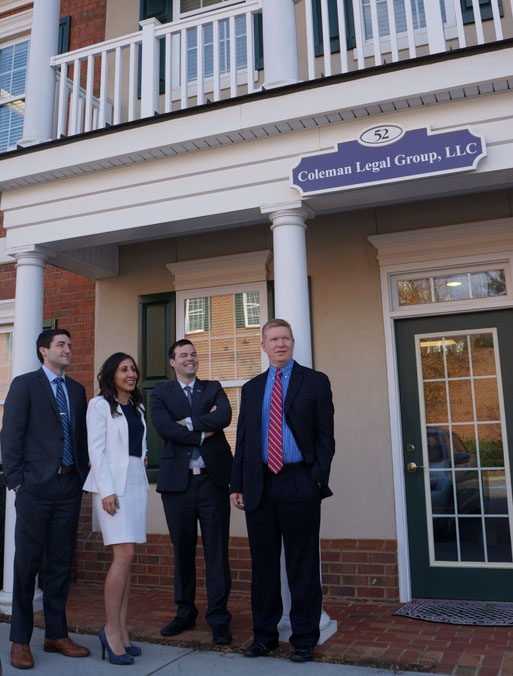 After child custody is established and there is a court order determining a visitation schedule then the parent receiving visitation has the ability to take the children on vacation during their scheduled visitation time.  And it is common for visitation plans to include two (2) or more consecutive weeks during the summer, spring break and other extended time periods for both parents to take the child(ren) on vacation.

However, vacationing during visitation time can become problematic for either parent especially if the custodial parent finds the vacationing plans problematic or the child(ren) are not returned back to the custodial parent in a timely manner. Other problems may arise if a parent refuses to allow for the child to communicate with the other parent during this time and or takes the child out of state or to any other location and refuses to inform the other parent where the child is located.

Can the Non-Custodial Parent Take Our Child out of the State of Georgia without Permission?

Can the Other Parent Take Our Child out of State without Telling me Where They are Taking the Child?

The other parent may take the child out of state with refusing to tell the other parent where they are going in very rare cases including those concerning abuse or the possibility that the other parent may harm the child, creating the need for the other parent and child to go into hiding. Even in these types of situations it is generally required that the parent taking the child to report their location to the court or DA’s office and the reason for the prevention of the other parent to know the information. If a parent takes a child out of state without informing the other parent of the vacationing plans and refuses to inform the other parent of the child’s specific whereabouts then the parent taking the child could find themselves in big trouble with the court system in future court proceedings. Judges and other legal professionals do not respect if a parent chooses to take a child without providing the other parent decent information on their child’s whereabouts when asked for the information. Judges seriously disapprove of this behavior because it becomes dangerous as it could mean that one parent is attempting to alienate the child and possibly engaging in parental kidnapping, even if the child is returned judges typically see this behavior as malicious towards the other parent and an attempt to use the child as a pawn in child custody games with the other parent. A good rule of thumb is to not engage in such behavior if you would not want the same actions to be taken upon yourself as some judges can issue jail time and custody / visitation modifications based on such behavior.

What Can I do if the Other Parent Won’t Tell Me Where Our Child is?

If possible it is important to document that the other parent is refusing to divulge the child’s location outside of the state and or during vacation. Again both parents have the right to know where there child is and that their child is okay during the other parents visitation / custody time. If it is possible to document either by text message, email, or tape recorded phone call that the other parent refused to disclose the child’s whereabouts when asked then this is evidence that can be used in court to demonstrate that the parent concealing the child operated against the child’s best interest. Failing to disclose the location of the child can place the child at risk for parental kidnapping and or place the child at risk if the child is injured during the vacationing trip. Documented cases of this can be used to modify child custody and visitation orders to place limitations on that parents travels with the child outside of the jurisdiction of the court. In short if you would like to prevent future occurrences of such behavior then it is necessary to modify the court order to make any such repeated activities a violation of court order, punishable by contempt of court. Otherwise, the repeated offenses will continue without recourse by the court unless the judge explicitly sees that this action was carried out in bad faith, intentionally, and as part of a campaign to damage the other parent.

Can You Prevent the Other Parent from Taking the Child on Vacation?

Generally speaking if there is nothing in the court order requiring the parents to obtain permission to travel with the child and the other parent intends to take the child on vacation then the judge will approve of the other parents ability to travel with the child. However, if the other parent does not agree with the travel then they can file for an emergency hearing to prevent the travel from taking place, especially if the other parent is refusing to disclose the traveling information. Other conditions can also make traveling with the child illegal; such as, traveling outside of the country without the other parent’s approval, traveling without permission during an ongoing custody case/ injunction, and failing to return the child from vacation when scheduled for the other parent to maintain custody. If you have legal concerns about vacationing during visitation it is important to consult with your attorney as soon as possible. If there are legitimate reasons of why the child should not travel on the trip then the judge may agree that it is not in the child’s best interest to attend the vacation; although it is commonly believed that it is positive for both parents to have the ability to take the child on trips and other vacation activities.

When Does A Parent Taking the Child on Vacation Become Problematic?

Vacationing becomes problematic when the other parent fails to return the child to the other parent’s custody following a visitation or during a custodial exchange period. If this occurs it is considered parental kidnapping and court paperwork can be filed to get the child back and or to have the other parent arrested for failure to present the child upon request. After filing paperwork to have the children returned the parent with the children generally has up to 72 hours to return the children before the incident can be declared arrest situation. Failure to produce the children at this point is considered custodial interference under O.C.G.A. Title 16 Section 16-5-45. Documented custodial interference can alter custody and visitation arrangements if charges are brought forth by the opposing parent and the judge believes that the occurrence constitutes a modification. If it is believed that custodial interference has taken place then it is important to address this issue with the courts, and obtain an attorney with child custody experience, as it is not in the child’s best interest and fails to meet defined best interest standards.