Gifts During The Marriage: Engagement Ring 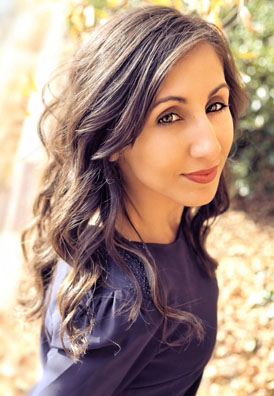 Getting married or engaged, and receiving an engagement ring? Engagements and weddings are considered to be the most exciting time in one’s life. Although no one ever anticipates a premature end to this joyous event, the reality is, it does happen quite often than one can imagine. In the end, “happily ever after” is not always the case. It is often asked when the things do not work out, who gets to keep the engagement ring: the woman who received it or the man who purchased the ring? This question is often asked both prior to the marriage happening and during a divorce proceeding, as part of determining the property division.

Although many courts, including Georgia courts, have considered this very question, there is no one right answer to this question. All the courts have reached a different decision. Nonetheless, one thing is clear, engagement ring can be classified as a gift.

If your relationship went awry after you got engaged or married, then it is best advised to consult your local family attorney to determine the division of marital assets, including a ring. This article is written for educational purposes, and should be treated as such for this purpose only.

Prior to Inception of Marriage

Prior to the marriage ceremony, an engagement ring can be classified as a gift. However, it is important to consider what constitutes as a valid gift. For a ring to be considered as a valid gift, there are three elements must be met. Firstly, the donor, the person giving the ring must have the present intent to deliver the ring to the donee, the person receiving the ring. Secondly, the donee needs to validly accept the ring given by donor. Thirdly, the donor needs to deliver the ring to the donee, for the gift to be valid and effective. Only, if all of these three elements are met, the ring will be considered as a gift.

Ring as a Conditional Gift

A majority of the courts treat the engagement ring as a conditional gift. If the gift is classified as conditional gift, the gift existence is not valid until and unless some future event occurs. In regards to an engagement ring, the ring will not be donees until after marriage. Therefore, if the marriage never happens in the future, then the donee, the person receiving the gift will not have the right to keep the ring, and the donor can claim the ring back.

Many women, interested in keeping the engagement ring, argue that the condition needed to validate the gift is simply the conditional acceptance of the marriage proposal, and not the actual marriage ceremony. However, this argument unlikely to go very far. Majority of the Courts in Georgia consider that the gift of engagement ring contains an implied condition of marriage.

Wedding Ring Division at the Time of Divorce

The gifts exchanged among spouses during the time of marriage are classified as marital property, subject to equitable division. If there is conflict as to whether a gift from parents is a gift to one spouse or both, the court have the full discretion to reach a decision in those circumstances. A gift to a marital couple will become marital property absent any evidence of a contrary intent by the donor. After the occurrence of marriage, it becomes much easier to determine who gets to keep the ring.

What About the Wedding Ring?

A wedding ring carries a significant emotional value, unlike other property acquired by couple during marriage. However, Georgia law does not take into consideration of spouses’ emotions at the time of property division. Thus, wedding rings and engagement rings are treated like property subject to division similar to any other property.

In making the determination as to who keeps the ring, Georgia courts consider the following:

Duration of the Marriage

Treatment as a Separate Asset

Engagement rings and wedding rings are considered to be separate property, instead of marital property. Under the Georgia law, separate property is not subject to marital division; therefore the ring value is likely not going to be divided by Georgia Courts at the time of the divorce. Furthermore, the spouse who received the ring will retain the ownership of the ring.

If during the course of the marriage, the ring’s value appreciates, the appreciation will likely be divisible at the time of the divorce. To determine the ring value, the ring’s appraisal value will likely be calculated. It is very unlikely the Court will have the ability to cut the ring in half, so the Court might likely order that the ring be sold, or the spouses take out the other marital assets accumulated during the course of marriage to balance out the value owed to the giving spouse.

Sometimes, the wedding or engagement ring given from one spouse to another may carry more sentimental value than monetary value. Unfortunately, the State of Georgia will likely treat the ring same regardless of its classification as heirloom or not.

Purchasing a ring is a major expenditure. When an engagement breaks off or marriage fails, the Georgia courts apply the contract principles. Given the expenditure and emotional significance, one would think, prior to making the decision to propose or marry, the spouse will think long and hard. However, this does not always happen. No one enters the marriage thinking they will get a divorce in the near future. The harsh reality is that some promises are never kept, and some marriages do not work out. It is therefore important to really think before purchasing a ring.

To determine the division in an event of divorce, call Coleman Legal Group, LLC. today. Our qualified family law attorneys are eager to help you in regards to your personal domestic matters.