Commonly Overlooked Assets in a Divorce 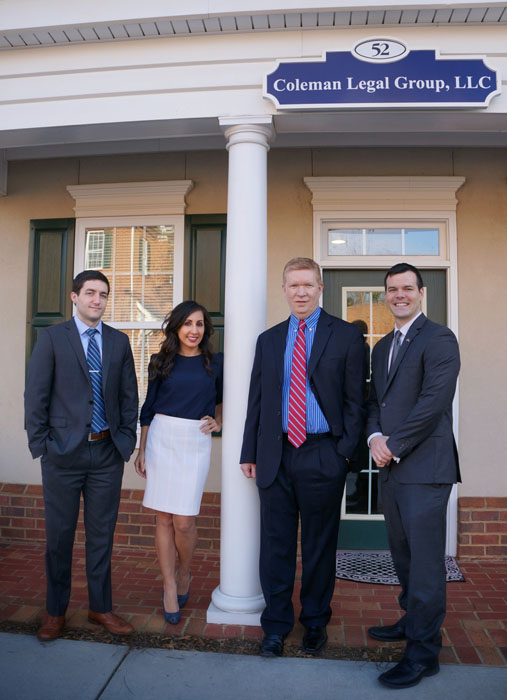 Once the process of divorce has begun, it can feel like everything else is falling apart. Sometimes you wish you could everything else on hold so you can deal with the divorce. Due to the fact you are possibly trying to resolve many issues at once, it can be easy to overlook some matters in the divorce case. It can be easy to remember some of the larger assets such as automobiles, bank or retirement accounts, real estate property while some of the smaller stuff like collectibles, art, or sentimental memorabilia is left to the side. It is important to try to take everything into account – including any possible assets – when going through a divorce, although sometimes that is easier said than done.

Some of the assets that are sometimes overlooked or are forgotten in a divorce include the following:

Loss Carryover
Should your capital losses exceed your capital gains, those losses could carried over to future years. These could be beneficial in reducing tax liability. If the losses occurred during the marriage then they should also be divided fairly.  While “loss carryovers” do not seem like a marital assets, they do have value and can be divided by the court in an equitable manner.

Mementos, Pictures, Video Recordings
You may have accrued certain photos or items that you have great a great emotional attachment for and losing them is simply not an option.  During the grand scheme of divorce it can be a little easy to forget about them. It is possible to make copies of photos and videos that are not digitized but the cost of making the copies should be divided.  An experienced divorce attorney will know what your options are for preserving and receiving copies of invaluable family memories, recordings, pictures and mementos.

Burial Land and Plots
If at some point in your marriage you and your spouse decided to be buried side by side so you purchased a plot of land then it is recommended that the issue be resolved as a part of the divorce.  Burial plots can be expensive, and can frequently resold.

Memberships
Since the majority of gyms and golf clubs often ask for initiation fees on top of monthly or yearly fees it is good to determine how these fees will be divided between the divorcing party members. Even if you personally did not use these memberships, the fees, which can be very expensive, are assets that should be accounted for during a divorce.

Memorabilia and Collectibles
If during your marriage you collected any sort of trinkets, cards or even comic books you might want to hold onto those. Even if they don’t great monetary value the sentimental value might far exceed it. Try to remember even the smallest items.  Collectibles are also often overlooked.  For example, one spouse may have collected coins or other small valuable items during the course of the marriage, even using marital funds to do so.  After several years, this collection could be quite large and very valuable, and may even need to be appraised.  In any event, the value of memorabilia and collectibles should not be ignored.

Gifts
If, during your marriage, you are given gifts by someone else, those can sometimes be considered non-marital property and could be yours to keep, if they were given to you specifically. However, gifts given between spouses are considered marital property and should try to be divided fairly. There are some exceptions to gifts so it is recommended that you pay close attention, hiring an attorney might be really helpful.

Inheritances
While inheritances are generally considered non-marital / separate property and not divisible in a divorce, this can change if the inheritance has been received and intermingled with marital property.  Examples of intermingling could include putting both spouses on the title to an inherited home, depositing inherited money into a joint account, and investing inherited funds jointly.  If you have the feeling that inherited funds received by you or your spouse may have been intermingled, you should speak with an experienced divorce attorney as soon as possible to see what is the best course of action going forward.  See O.C.G.A. § 19-3-9 regarding Separate Marital Property.

Intellectual Property
During your marriage you or your spouse may have obtained patents, trademarks, copyrights or any sort intellectual property. It is sometimes easy to forget these because they are generating any monetary benefits right now, but should that change you should be protect your share beforehand so that you receive your profits.  This can also include music recordings, books, publications, and works that may later be sold or go under contract.

Money Loaned to Others and Money Owed to You or Your Spouse
If at any point during your marriage you or your spouse lent money to anyone, it is considered to be marital property. When the money is paid back it should be divided evenly between the spouses.

Pets
Sometimes overlooked are the pets of the family, the home of any pets you might have will probably be the one has the most accommodating schedule for it and their treatment if it. In the case that one of the spouses is really attached to the pet but cannot keep them, there may be the option of visiting times with the pet.

Tax Refunds
While trying to wrap up other ends of the divorce, you may forget about an incoming tax refund. Once the refund is delivered it should be split equally between the divorcing couple.

Employer Benefits
It is good to remember that any benefits from any of your employers can be considered marital assets that should be accounted for in your divorce. Keep in mind that these benefits also include any stock options and deferred compensation plans. Benefits are some of the commonly forgotten assets.